Equity holders of family-managed businesses commonly develop disagreements and strong differences of opinion, which lead to heated clashes. These disputes are not unique to your specific family business, and they are especially common in second- and third-generation family-managed businesses. One way to avoid a legal dispute is to devise an effective exit strategy for shareholders before it is too late.

Family businesses represent 80% of U.S. privately-owned enterprises.[1] Businesses owned jointly by family members can and do survive and prosper. The oldest family-owned business in the United States is the Zildjian Cymbal Co. of Norwood, Massachusetts, which was founded in Constantinople in 1623. It moved to the United States in 1929 and continues to be managed by the Zildjian family. However, this is not the norm. Only about 30% of family-owned businesses survive into the second generation, and about 12% survive into the third generation.[2] 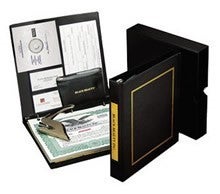 Why Do Shareholder Disputes Arise?

The primary reason for this failure to survive is that controlling shareholders often abuse their position by setting entitlement salaries and other types of compensation higher than industry norms, including setting up self-serving retirement plans, misusing company credit cards, and allowing for company-paid luxury vehicles, vacations, and club memberships. Often, controlling shareholders attempt to justify these fiduciary embezzlement schemes by claiming that the excess compensation is tax-deductible, and, therefore, lowers the corporate income tax.

Minority shareholders in closely held companies are usually resistant to litigation—the only source of recourse. They are often unsure whether they should bring a legal claim when things start going badly, often debating if the uncertainty and cost of a lawsuit is worth the potential benefits. Therefore—before you file a lawsuit—it is crucial to consult with a knowledgeable shareholder law attorney to ensure that you fully understand the potential implications and the remedies that are available to you.

Significant Massachusetts case-law exists relative to family shareholder disputes. In Donahue v. Rodd Electrotype Co. of New England, Inc. 328 N.E.2d 505 (1975), the court held that in close corporations, the relationship among the stockholders must be one of trust, confidence, and absolute loyalty and that shareholders owe one another a strict fiduciary duty. In Spenlinhauer v. Spencer Press, Inc. 81 Mass. App. Ct. 56 (2011), the court cited cases in support of its decision that the fair value of a minority interest was the pro rata value. In Shawnee Telecom Resources, Inc. v. Brown 354 S.W.3d 542 (Kentucky 2011), fair value was stated not as a hypothetical price at which the shareholder might sell his or her shares, but as the proportionate interest in the company as a going concern. Fair value does not consider what a hypothetical buyer might pay or what a hypothetical seller might sell. Rather, it considers the fair value to be a pro-rata share of the whole. In the Demoulas family shareholder feud, the conflict eroded a trusted family relationship and ultimately became the longest and most expensive shareholder dispute in Massachusetts.[3]

Although it should be a critical component of business management curriculum, college courses seldom cover family-owned and closely held businesses. Such businesses typically face unique issues and challenges not usually encountered by publicly held enterprises. The family-owned business board of directors is usually filled by self-serving family employees. They usually have informal management rules and generally lack the formality associated with the three main functions of business: marketing, financial controls, and production. In order to survive or prosper, family-owned businesses require more formal management rules.[4]

Only a third of family businesses have buy-sell agreements. Most buy-sell agreements incorporated in the by-laws of the enterprise are defectively worded, boiler-plate prescriptions for failure. The best preventive legal medicine is an effective, achievable shareholder exit strategy in the form of a buy-sell agreement that is attainable! Do it before a shareholder dies, gets divorced, becomes seriously ill, or simply wants to leave the business.

People often start a business with friends or relatives. What happens if one of the shareholders, members, or partners becomes physically sick, tires of the business, dies, divorces, retires, or just wants to leave the business? The enterprise should have an agreement to enable its owners to end their relationship without litigation. Statutes and case law require the corporation or LLC to treat minority shareholders with a high degree of fiduciary good faith and loyalty. Owning 51% of the enterprise does not give you total control.

If you operate a corporate enterprise with two or more shareholders, you could face emotional and financial costs of a serious shareholder legal dispute over mismanagement, breach of fiduciary duty, overcompensation, or the value of the business.

What Is Your Situation?

Are you a minority shareholder who is considering the benefits of proactively creating a buy-sell agreement for your family's company?  Are you contemplating a lawsuit based on a developing conflict? We can help in either situation. We have been providing business valuations for over 45 years in litigating business disputes.[5]

[5] See Durkinvaluation.com for statement of qualifications.

Thank you for contacting us. We will get back to you shortly.

Please complete all required fields below.